The Digital Stage in testing

Santiago Stankovic is a photo- and videographer with a digital background, having worked for many years as a data base programmer and system analyst. Santiago is based in Mallorca, where he opened his artist studio in 2011, and since he joined teatreBLAU, his work also brings him often times to Germany. TeatreBLAU is „a theater without a fixed house“, as its founder Katja Lebelt labeled it, a network of artists, directors, technicians and staff from various countries and locations. „Some of the team live in Mallorca, a large part in Berlin and Brandenburg, and in each production we have new artists coming in from different places.“ For the current production Ba Ta Clan that draws on the opera by Jacques Offenbach, the tenor Yichi Xu comes from China and is based in Austria, the soprano Maia Planas lives in Mallorca, the bariton Shokri Francis Raoof, from Ireland, is located in Berlin, and Begoña Gómez, a mezzosoprano from Madrid, lives in Berlin as well, while the pianist Sergi Sellés and the light technician Pepe Gelabert are located in Mallorca.

TeatreBLAU is employing the Digital Stage system as a medium to work together – in the process of developing a new play, in parts of the rehearsal work, and in hybrid performances. „In this way, all the team members, even if they are not able to travel, can stay together throughout the entire process, from the first feeling for the play to an advanced stage of the rehearsals.“ Hybrid performances allow teatreBLAU to offer all the auditories that they have won over the years in Mallorca, in Berlin, in the Brandenburg countryside, and in other places the opportunity to take part in the play, no matter where the live-staging is taking place. Everyone has the possibility to connect and to watch the performance.

The hybrid format is challenging, however, for the performers as well as for the technicians. „In Ba Ta Clan, it is not easy for the actors to quickly put on and take off the costume, while wearing a headset and a microfone. We also had the risk to loose the connection, but we could solve all this by two air microphones.“ For the orchestra, which is basically strings, a drum, and a piano with electronic sound, another two air microphones solved the challenges of sound transmission. 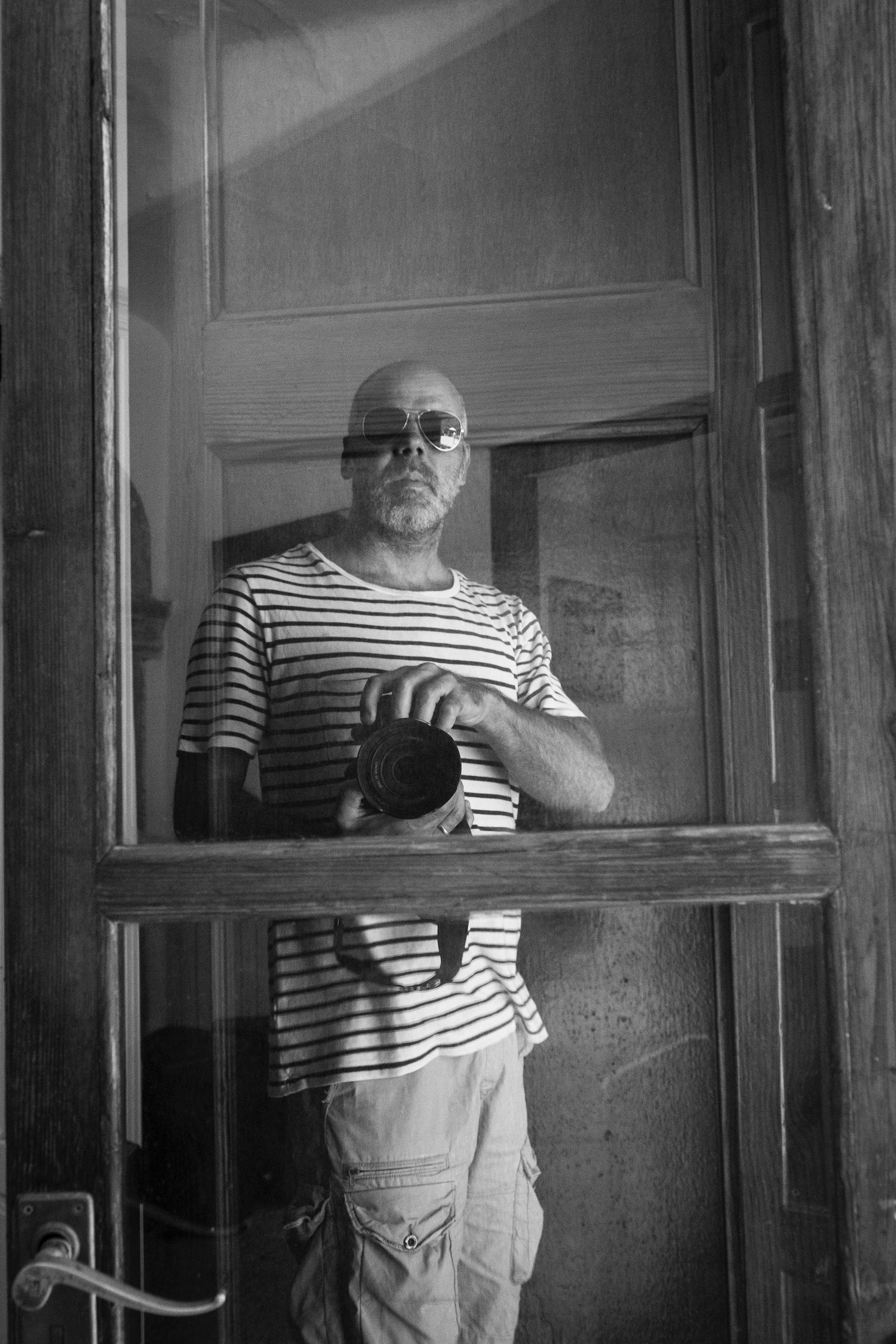 On the visual level, one video camera gave a general view, while Santiago was filming with a second one. „My camera had a very good zoom, so I could do close-ups from the singers that help us to see their expression, their faces, their attitudes.“ A mixer, like in TV, operated by Lukas Thiele, another teatrBLAU member based inBerlin, allowed switching back and forth between the settings. „We used our experience to make proper frames and close-ups, and to change into the general view and come back to the zooms. We also framed the opera, it is always nice to see the orchestra playing.“ Watching the play this way is certainly a new experience that brings the public more into a live-situation, into what is happening on stage.

The scenography in Ba Ta Clan consists mainly of projections. „In the background, we have screens, most of the time we use two big screens, and with them, together with the light design, we create the atmosphere. And we add a new way of projecting – mapping, that is projecting on objects that are on the stage, and this time we even did it on the singers.“ The scenography emerged when Jürgen Bruns, the musical director, started working this out with Katja Lebelt, and Biel Jordà, the dramaturgic director, went through the scenes with Santiago, looking at the visual aesthetics. „The characters travel through two worlds, a new world and an old one, and Biel and Katja brought up the idea to create the world of the new tribe in China with Minecraft.“

A young digital scenographer, Theo Lebelt, thus designed a huge palace with landscape, woods, trees, snow around. „We put two players and more virtual characters on screen, and then developed the idea of a video. We got into this digital world with a virtual camera, I was filming in between the players and the other characters who reacted to them in their movements, steered by artificial intelligence. It was funny to do this, and also difficult.“ The old world art design was based on paintings that Santiago scanned and mixed with real videos and photos.

Ba Ta Clan was shown in this hybrid format twice, in Seelow and in Prenzlau. The feedback from the public was enthusiastic, people who tuned in online said that they could really attend to the performance and had a good quality of sound. The performance was recorded, but only for rehearsal purposes, not to be put on display for the public. „The idea is to invite the audience to join us, live and online, the next time we perform Ba Ta Clan on stage.“

Join in and try out